The recent (too) hot weather saw me trapping on most nights over the last week, but the half-dozen garden trapping sessions were rather disappointing as far as I was concerned. Yes, there was evidence of local dispersal bringing some moths that were probably new for my garden trap site and five common species of migrant appeared, but there was nothing to `trumpet` about! The migrants were: rusty-dot pearl (once), silver y (once), dark sword grass (up to 3 moths on 3 nights), diamond-back (once) and rush veneer (small numbers on every night).

A plume moth initially confused me before I realised that it was a hemp agrimony plume, a species that I`ve recorded as larvae on its host plant or as newly-emerged adults near hemp agrimony; it was new to the garden. Cream-bordered green peas were represented by singles on two nights - always a nice moth to see and a four-spotted footman also turned up. Some `record shots` are offered below. 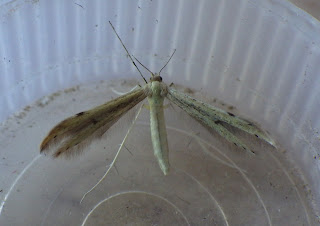 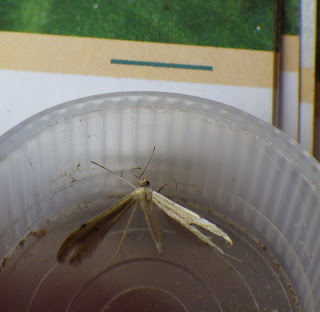 Above: hemp agrimony plume with the 2nd photo showing it placed next to the scale bar (indicating fore-wing length) in Chris Manley`s book. 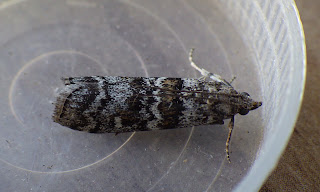 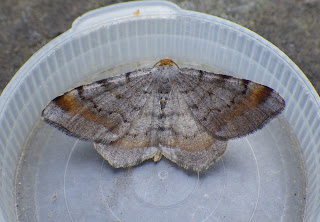 New moth for the garden

Double Kidney last night. I was showing some guests all the moths in my trap, trying to keep tabs and point out a few interesting ones. This was the last one  and and it stuck out as being something different. So glad I noticed it! 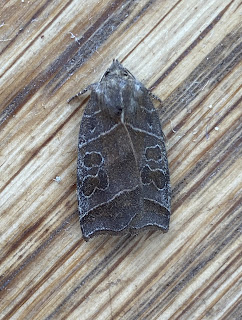 Nothing much new on the macro front but I think this moth is Nephopterix angustella. I don't know of much spindle in the area. If my identification is correct, then maybe it has come in on some garden plants somewhere as it doesn't appear to be a common moth in Wales according to the NBN atlas and iRECORD data. 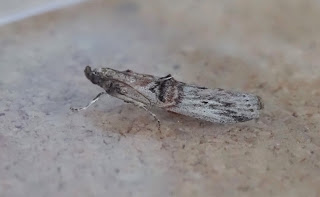 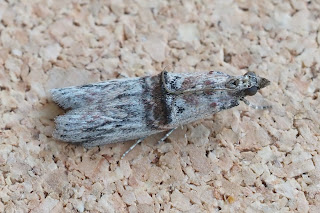 At last something new...

I have been quietly trapping without much to shout about since my return from a birding trip abroad. Last night however was very warm and produced one of my better traps, albeit mostly assorted Crambids.

The best Macro was new for me - a Small Bloodvein. 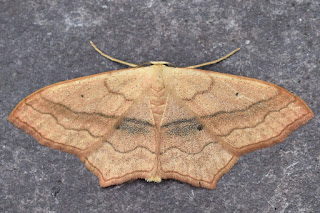 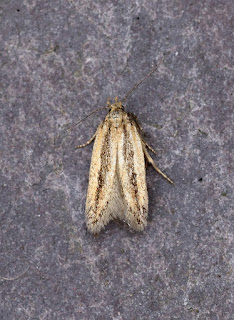 And this obscurely marked Tortrix - could it be Epinotia cinereana - separated from E. nisella which I have had in the garden previously? 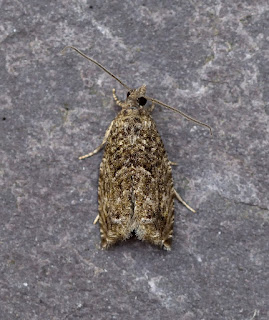 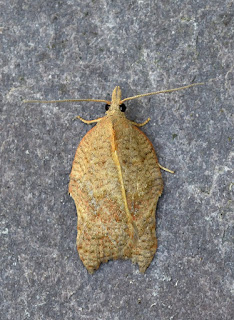 Could this possibly be a worn White-point? It’s certainly much smaller than the Clays I’ve been catching. 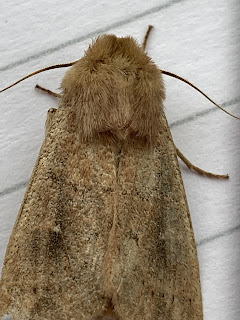 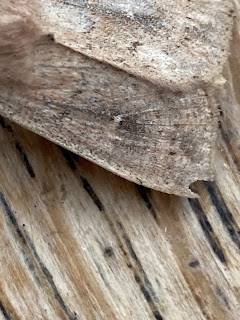 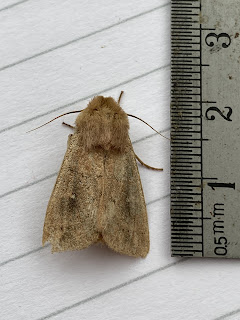 A visit to Pendine...

I made a visit to Ragwen Point and Dolwen Point west of Pendine yesterday (27/7). Nothing particularly interesting moth-wise on the gritstone Ragwen Point (though there was a colony of a solitary bee Colletes sp. a specimen of which will be looked at at a later date).

Pachyrhabda steropodes silken larval tubes were found on a few soft shield-fern fronds in the ash woodland (much affected by die-back) north of Morfa Bychan shingle beach; suggesting that this alien micro is now on the cusp of colonising south Pembrokeshire only a few miles to the west - if it has not already done so.

At Dolwen Point, overlooking Pendine village, mines of Caloptilia cucculipennella were found on native privet leaves on the S-facing Carboniferous limestone cliffs, a 2nd vcr. The first county record was made a couple of years or so ago by Mel Jones at Llansteffan (where privet is frequent on the Old Red Sandstone cliffs). 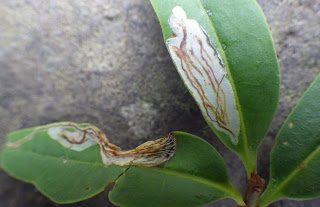 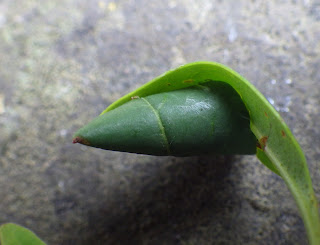 Finally, some disturbed ground near the car park in Pendine yielded some mines of Chrysoethia sexguttulla on Atriplex leaves.
Posted by Ian Morgan No comments:

Is this OK for Sender Pug?